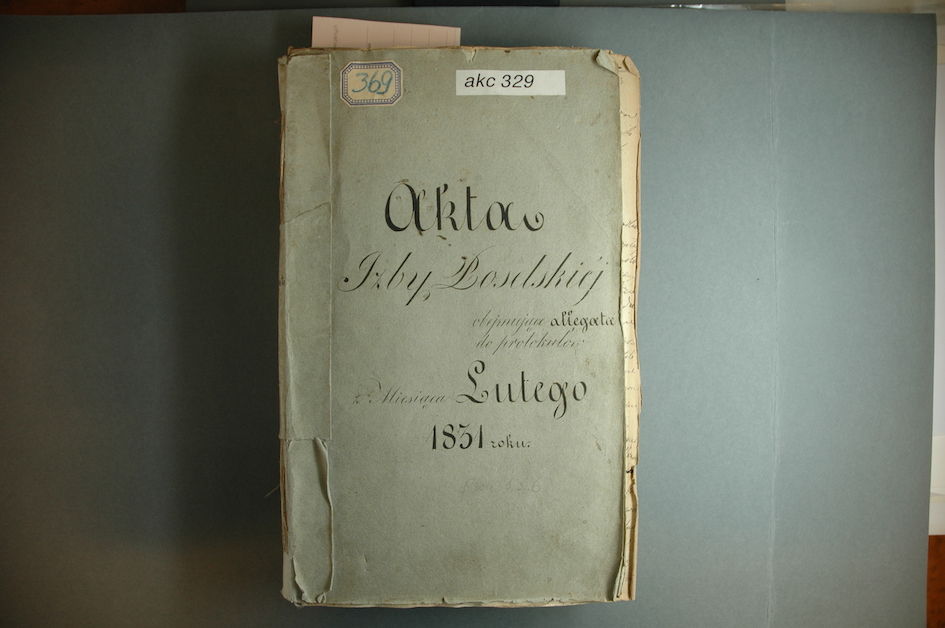 The combination of white and red had already appeared in the Polish symbolic tradition in the Middle Ages, but for centuries there were no customary or legal norms in that regard. These colours appeared in various configurations and in combination with other colours. White and red as national symbols appeared on a larger scale during the celebrations of the first anniversary of the Constitution of 3 May in 1792. After the outbreak of the November Uprising in 1830, a white cockade was widely used as a sign of the insurrectionists. More radical circles used a blue, white and red cockade as an “emblem of European freedom”. Two-colour signs of white and red also began to appear.

This diversity and interpretative freedom led to the motion, submitted in 1831 at the parliament of the uprising, to determine the national colours. After a heated debate, on 7th February, a resolution of the joint parliament chambers on the introduction of the national cockade was passed. It was the first legal act regulating this issue in the history of Poland and one of the first in the world. The resolution defined an “emblem which should join all Poles” and indicated that “the national cockade will be the colours of the coat of arms of the Kingdom of Poland and the Grand Duchy of Lithuania, that is, white with red.” The choice was made on the basis of the argument that the coat of arms of Poland contains a white eagle on a red background. The colours specified in the resolution were used by subsequent generations in the period of national captivity as a manifestation of national and patriotic sentiments, and of attachment to tradition. After regaining independence, in its resolution of 1st August 1919 the parliament stated that these would be the official colours of the Republic of Poland, which was confirmed by subsequent governments. They are still used today as one of the most important symbols of the Republic of Poland.

The manuscript of the resolution can be found in a larger volume entitled Records of the Chamber of Deputies including allegata to protocols of February 1831, which belongs to the archives of the Polish parliament of 1831. In the face of the fall of the November Uprising, the archives were transferred to Heidelberg, and later to Göttingen and Paris, where they were kept under the care of the Parliament’s Committee in exile. In 1876, the resolution together with other parliamentary records, were transferred to the Historical and Literary Society of the Polish Library in Paris, where they remain to this day.