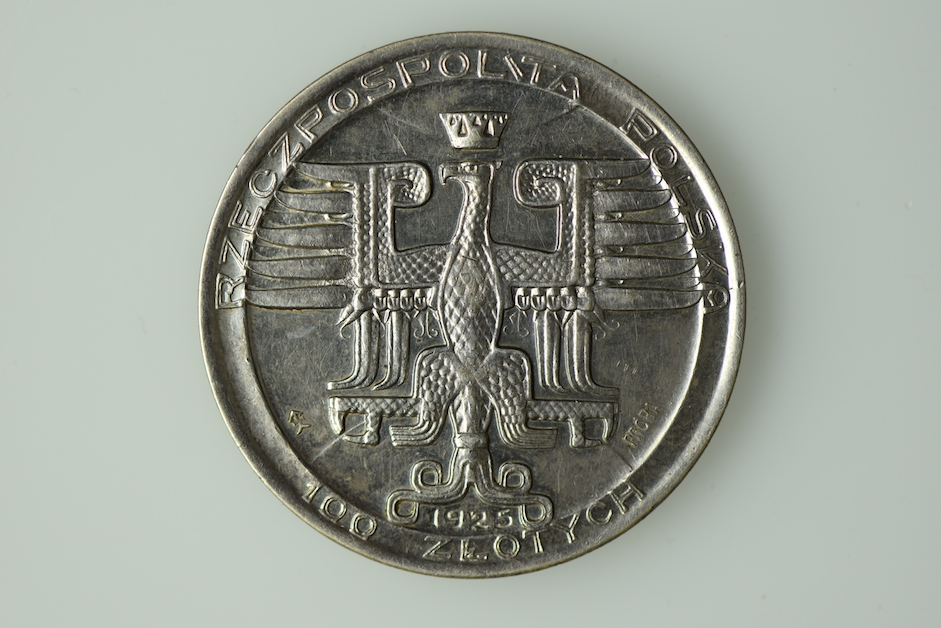 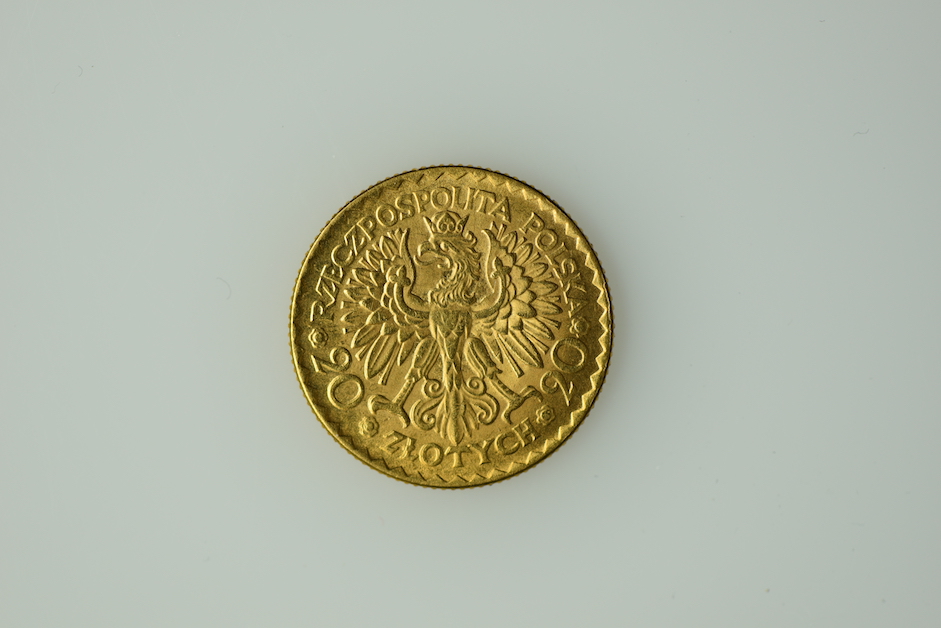 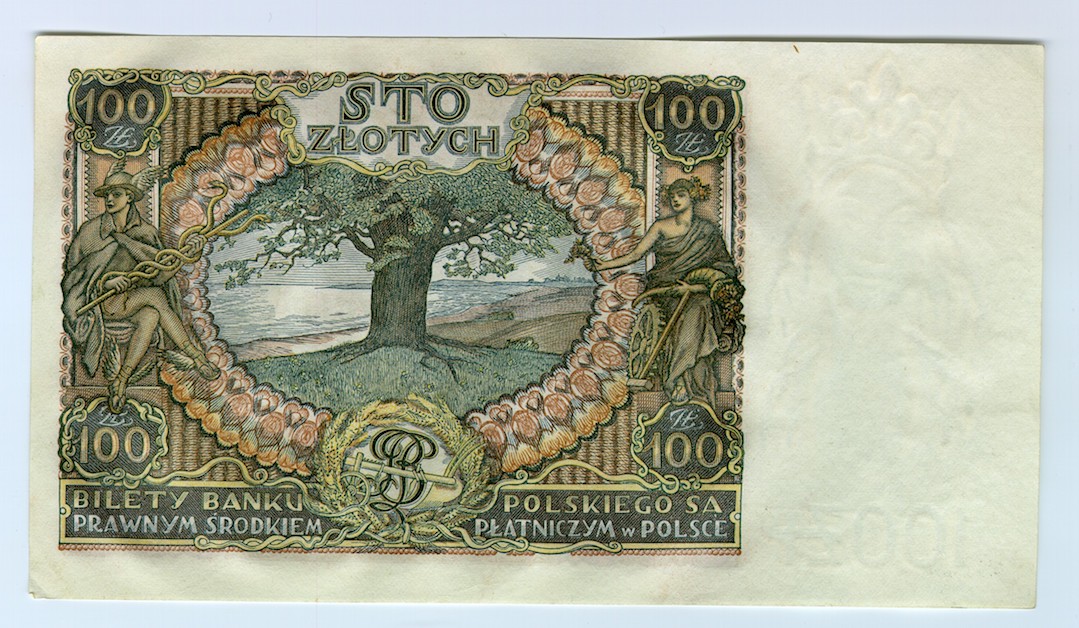 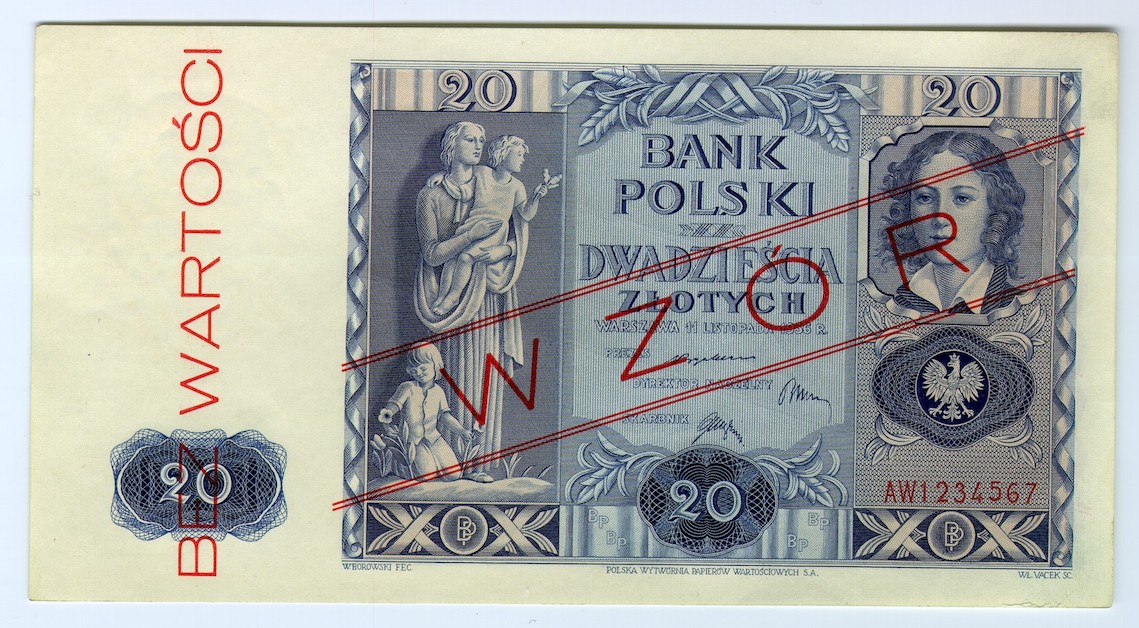 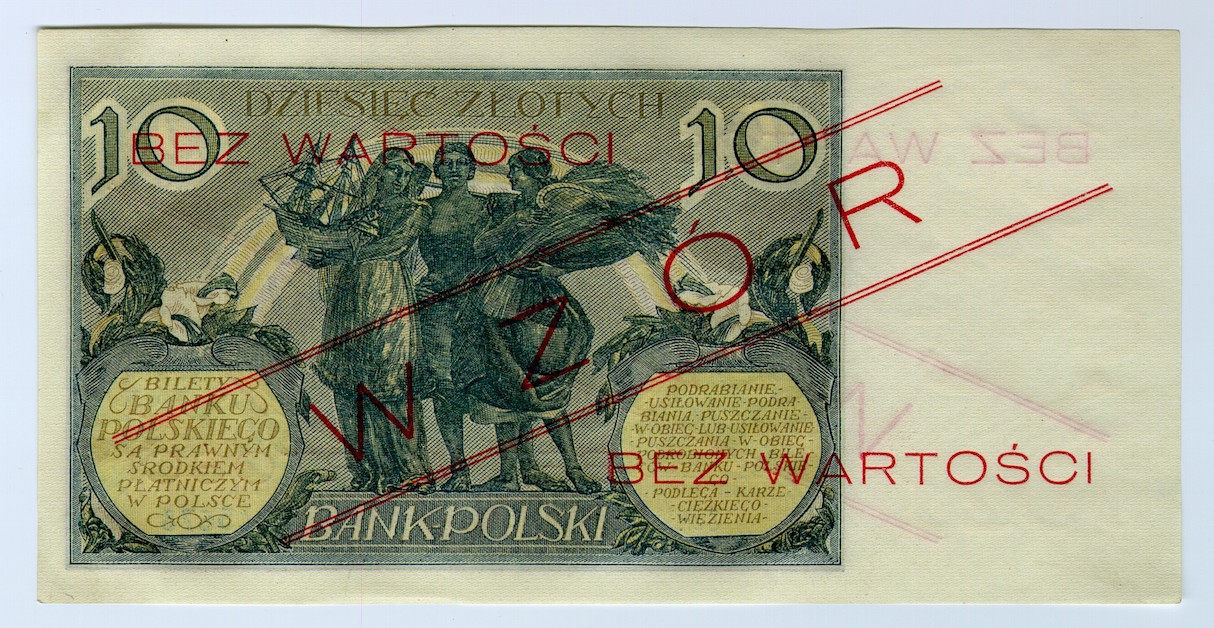 Revival of the złoty

Along with the revival of the Polish statehood in 1918 and the consolidation of territories previously subject to partitions, i.e. located in three different states, there arose the necessity to establish a single currency for the Republic of Poland. On 28th February 1919 the parliament introduced a new currency and called it the złoty. Although for centuries the złoty was only an accounting unit, both coins and notes were used in the efforts to rebuild the position of Poland from the times of King Stanisław August (other proposals included lech, piast, pol and sarmat). The difficult economic and political situation of the first years of independence and the need to defend it, to organise armed forces and administration and to rebuild the country after the war prevented the introduction of the new currency and the Polish mark remained the official currency until 1924.

During the transition period the role of the issuer of money was performed by the Polish National Loan Fund, but new złoty notes were ordered to be printed in France and England, bearing the date of 28th February 1919 and the name of the then non-existent Bank of Poland as the issuer. The years 1919–1923 were the time of preparations for issuing coins and the organisation of the state mint. In January 1924 the government of Władysław Grabski carried out monetary and fiscal reforms that regulated, among others, the principles of the monetary system and the framework of the central bank’s activities. The most visible symbol of the introduced changes was the replacement of Polish marks with the złoty.

The government of the new Polish state pursued a consistent monetary policy. The currency bore portraits of persons who played an important part in the struggle for independence (Tadeusz Kościuszko, Duke Józef Poniatowski, Emilia Plater) and symbols of events which were important in Polish history (the coronation of Bolesław Chrobry, the introduction of the Constitution of 3 May). The anniversary of regaining independence was commemorated with a coin depicting Nike, and another one showing the march of the Polish Legions leaving Cracow with an eagle on the reverse. Both in the interwar period and after the Second World War, the designers of Polish coins and notes were excellent artists: Józef Mehoffer, Wacław Borowski, Julian Pałka, Henryk Tomaszewski, Andrzej Heidrich, Edward Wittig and Stanisław Szukalski.

The Polish złoty was a visible sign of the ambition and success of the revived state. It maintained its value until the end of the II Polish Commonwealth, being a testimony to successful reforms, reconstruction of the economy and, above all, unification of the Polish territory.