The Peace Treaty of Riga between Poland, Russia and Ukraine signed on 18th March 1921 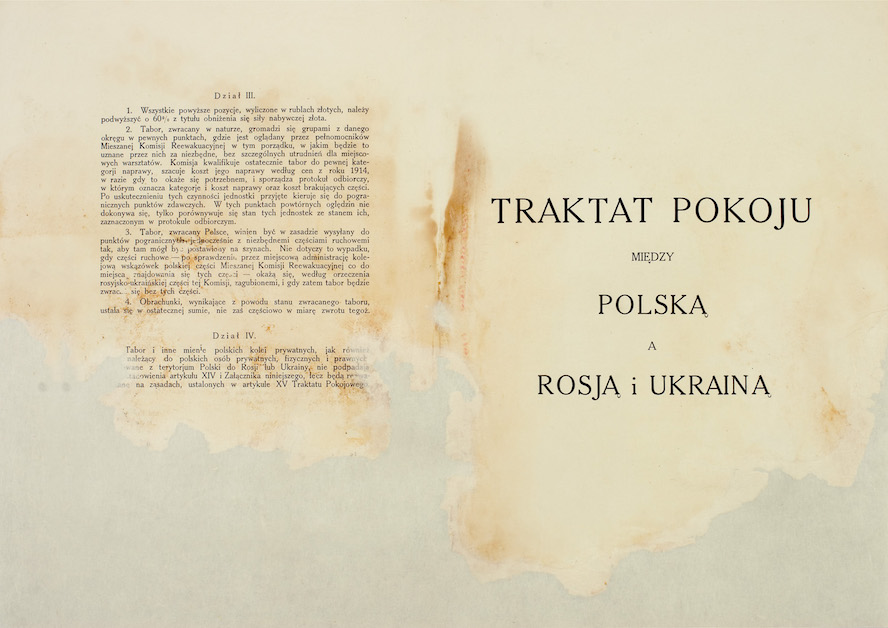 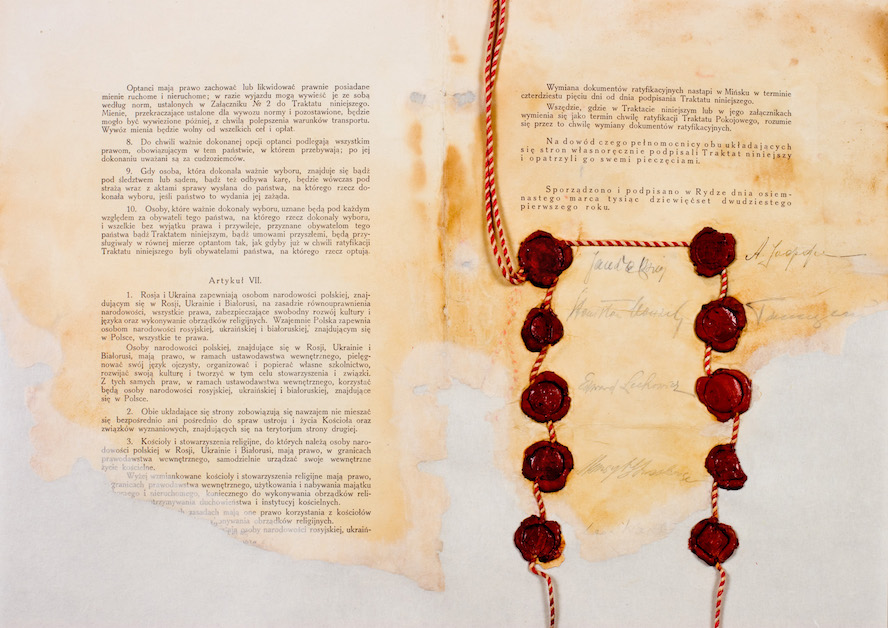 Storing institution Archive of the Ministry of Foreign Affairs

A document which closes the period of establishing the Polish state

The Peace Treaty signed during the Riga Peace Conference, which started in September 1920, was of great importance not only for the states that were parties to it, but also for Central and Eastern Europe – as one of the pillars guaranteeing the stability of the region. For Poland it meant the end of the period of state formation, delimiting its borders, opening the way for the peaceful development of a reborn country.

The treaty, consisting of 26 articles, was signed on 18th March 1921 by the representatives of Poland, Russia and Ukraine. The document ended the Polish-Soviet war of 1919–1920 and set the boundaries between the countries. Regarding the territorial decisions, Poland gave up the lands located to the east of the border established in Riga, and Russia and Ukraine dropped their claims to the territories to the west of the delimited border. The parties also made a commitment not to interfere in the internal affairs of the other countries.

The treaty also regulated other contentious issues, including Poland’s financial claims directed to Russia, the Polish population on the territory of Soviet Russia and the exchange of prisoners of war. Another matter of great importance was the fact that the treaty provisions made it possible to effectively carry out the process of recovery of looted Polish cultural goods (works of art and monuments), also after the Second World War.

The Riga Peace Treaty lasted only 20 years. Nevertheless, it allowed many newly created states, including Poland and the Baltic countries – Lithuania, Latvia and Estonia – to survive for one generation, which was of enormous importance for consolidating the sense of national identity in their societies.

The original copy of the document consists of 17 paper cards, bound with a white and red string and sealed with ten red seals bearing the initials of the persons ratifying the treaty. In the interwar period it was kept in the Ministry of Foreign Affairs. In September 1939 it was removed along with other agreements and treaties. On 3rd May 1948 it was transferred through the Polish Embassy in Moscow to the Archive of the Ministry of Foreign Affairs in Warsaw, where it is still kept today.