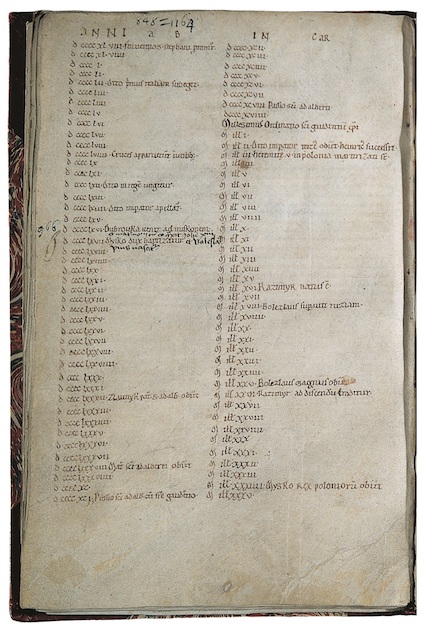 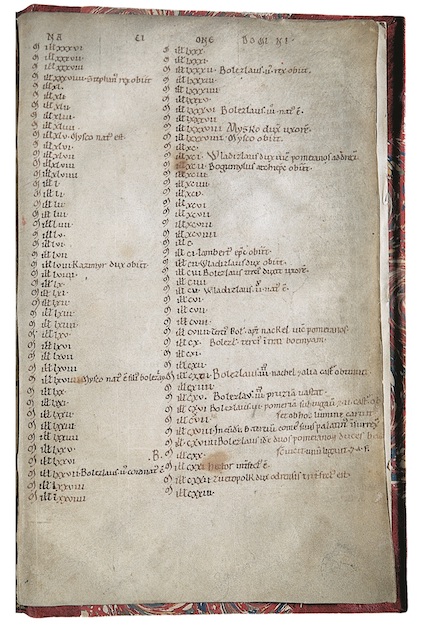 The oldest original copy of a historiographical document

Despite its modest size, the Old Annals make one of the most valuable documents in the history of Polish statehood. The Annals provide insight into the events within the first two centuries of the Polish statehood, between 948 and 1119, including the wedding between Mieszko I and Dąbrówka and the baptism of Poland. Mind you, though, the records prior to the year 1000 were accidentally post-dated. Consequently, Mieszko I’s baptism was erroneously dated 967 instead of 966.

The Old Annals were written down on the final blank pages of one of the oldest copies of the Anselm of Laon’s Gloss on the Canonical Epistles, dating back to the turn of the 11th and 12th centuries and discovered in mid 19th century. Although circumstances behind its creation are unknown, it is assumed that it dates back to 1120 or 1122 and that the Annals had a private rather than a formal function and were used probably by a clergyman associated with the Kraków Chapter or the royal court.

Since the 15th century, the Annals belonged to the Benedictine library at the Holy Cross Abbey on Łysa Góra, thus its somewhat confusing name. In the second half of the 18th century, the Annals moved to the Załuski Library and in 1795 were brought with other books to St. Petersburg. Returned in 1923 pursuant to the Riga Treaty, they were passed to the National Library. The book survived the WWII as it had been evacuated from Poland to Canada in 1939.