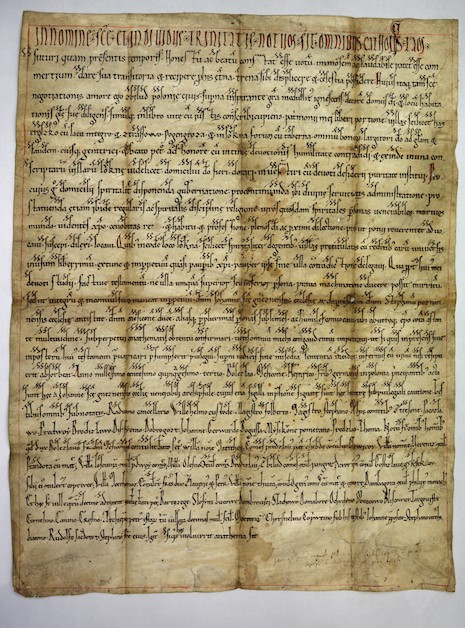 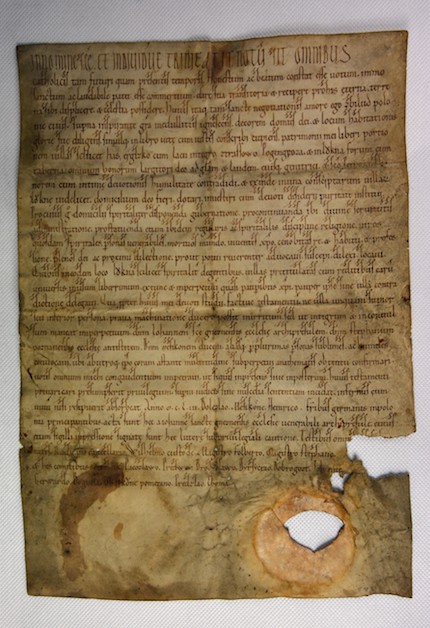 The oldest legal act drawn up in Poland

It is a unique mediaeval object of Poland’s written and oral culture but also part of scholarly life and religious thought of the Polish elites. The leitmotif of the document is “the holy exchange, with one giving up their earthly belongings and receiving the eternal ones.” In this case, the founder gives their earthly belongings to Cistercians, whom “he summoned, accepted, held dear and settled,” acting in keeping to the principle of the abbey, which called for the return to the evangelical simplicity and the practice of poverty, strict morals and the renouncement of any wealth, a life in solitude and calm, following Jesus. The abbey director, who penned the founding document of the Cistercian Abbey in Łekno near Wągrowiec, the region of Wielkopolska, was the Archbishop of Gniezno Jan. The abbey itself was built and furnished by the komes Zbylut of Panigródz, a knight and a former head of the Łekno settlement.

When the abbey had been completed after 8 years of building, an assembly of clerical and secular dignitaries inaugurated monastic life with a solemn Eucharist and a procession. The ruler of the Wielkopolska region, duke Mieszko III the Old, approved the document orally. At the same time, an anathema was issued to those who would dare violate the property or rights of the abbey.

The fate of Zbylut’s document was truly complex as its location changed many times. During the WWII, it was evacuated to the West with other monastic documents and returned to Poznań in 1958.

The document had been made in two identical copies, one kept at the State Archive in Poznań, the other at the Archdiocesan Archive of Gniezno.