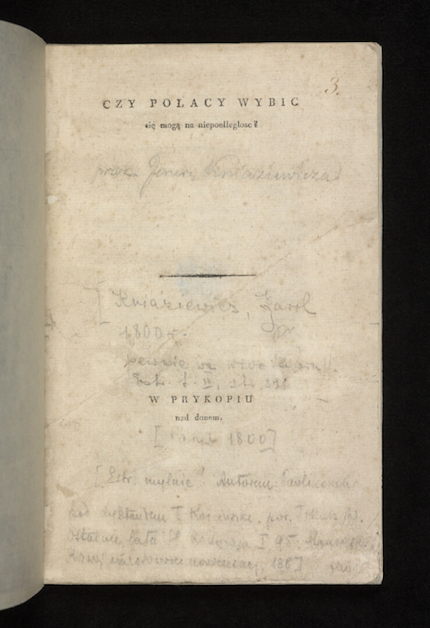 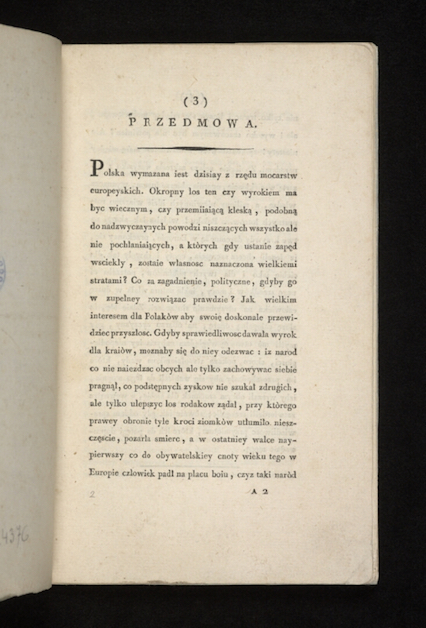 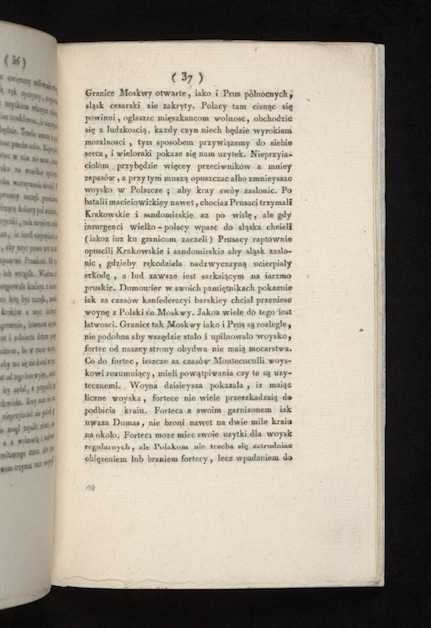 The answer to the question “Can Poles win their independence?” put forward in the title of this modest, 60-page political brochure was sought after for many decades of partitions of Poland by generations of insurrectionists, political and social activists, and artists. A positive answer was possible over 100 years later.

The brochure was published in 1800 in Paris. Due to the fact that it was published anonymously, speculations about its authorship arose. It was assigned, among others, to Karol Kniaziewicz and Tadeusz Kościuszko. Finally, it was found that the author was Józef Pawlikowski, a lawyer, a Jacobin publicist, a diarist of the era of partitions, as well as a secretary and a close collaborator of Tadeusz Kościuszko during the time of emigration.

The aim of the brochure was to persuade Poles to fight for independence relying solely on themselves, and it most probably reflected the views of Kościuszko himself. The author analyses the socio-political situation of Poles, lists the resources which they have at their disposal, and outlines political and military strategies that could enable them to regain independence. “Poles!” – writes Pawlikowski – “I showed you the ways to independence. I am not aiming at arousing noble despair in you (you have already shown proofs thereof), but I am encouraging you to gain certain victories when you boldly pounce on the enemy. You have everything it takes to win, just dare to win. When all of you fight bravely, the enemies, even if they are more numerous than they are now, will not be able to defeat you”. The radical social and political suggestions and optimism of the brochure were an inspiration of the independence uprisings of Poles throughout the 19th century and influenced significantly the development of the insurrectionist movement.

Initially, the fate of Pawlikowski’s work was difficult: the first edition was confiscated by the police for being anti-Russian (which was not in line with the French policy of that time), and therefore only three hundred copies reached Poland. The brochure was popularised by its seven editions in the years 1831–1843; two of them were issued in Warsaw during the November Uprising, secretly printed in the Ossoliński Institute in Lviv by the then in exile Polish Democratic Society.

Only one copy of the first edition of the brochure has survived to this day. It is even more valuable considering the fact that the subsequent editions repeated and multiplied minor deviations from the original text. It belonged to the collection of the Library of the Poniński Dukes in Horyniec, which was incorporated into the National Library in 1925. This collection was largely destroyed during the Second World War.

A digital copy of the brochure is available on polona.pl.