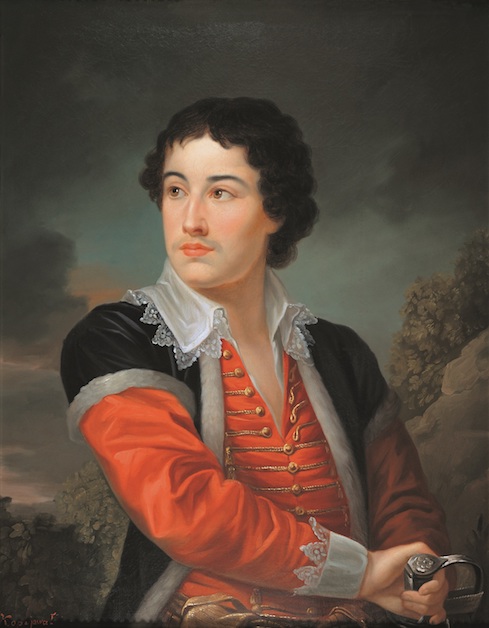 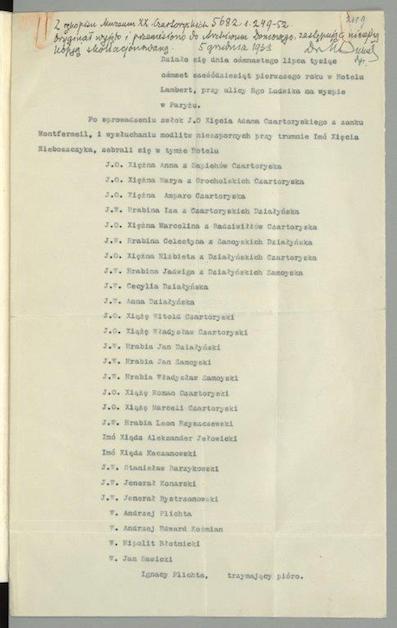 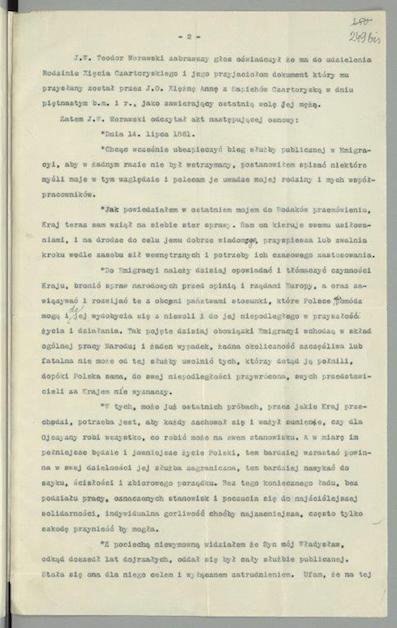 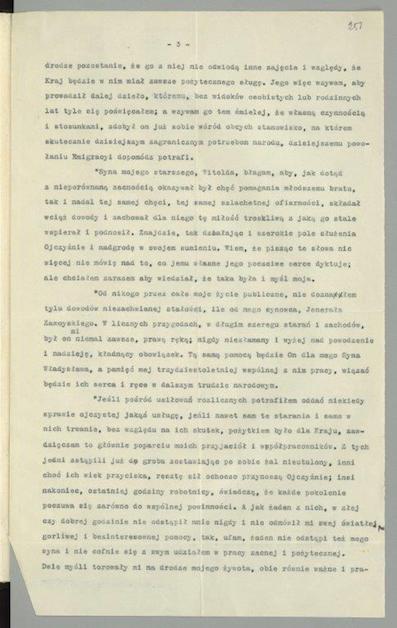 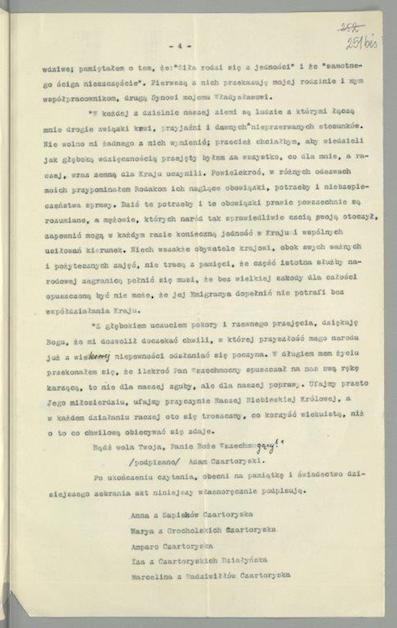 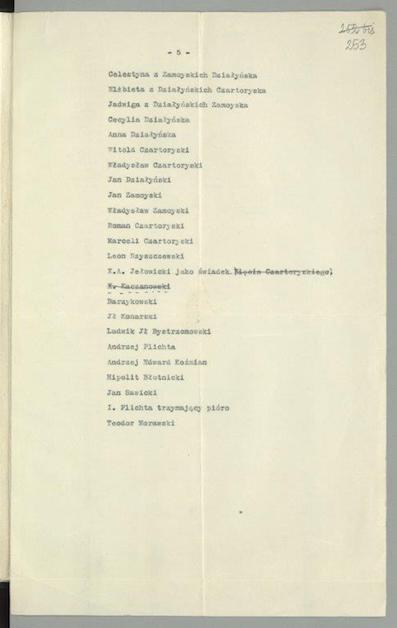 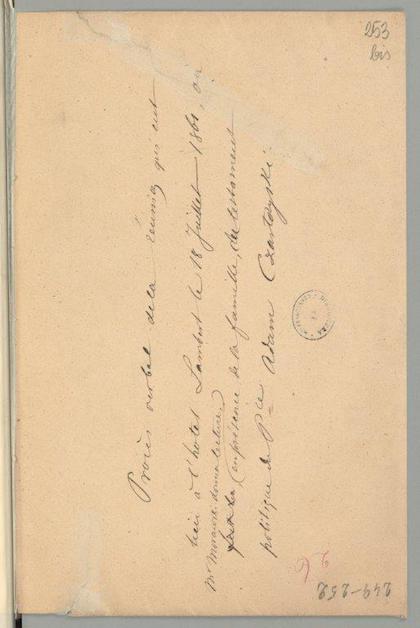 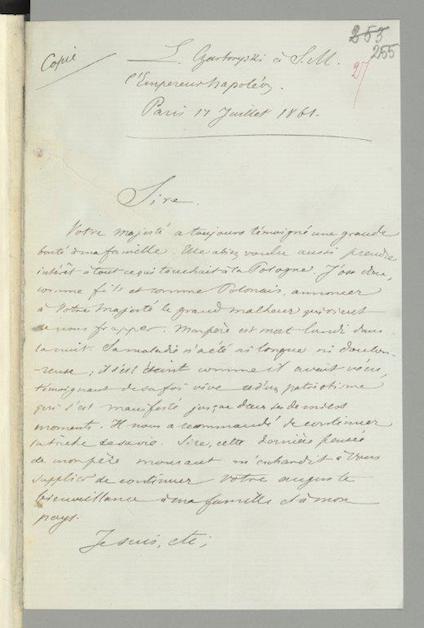 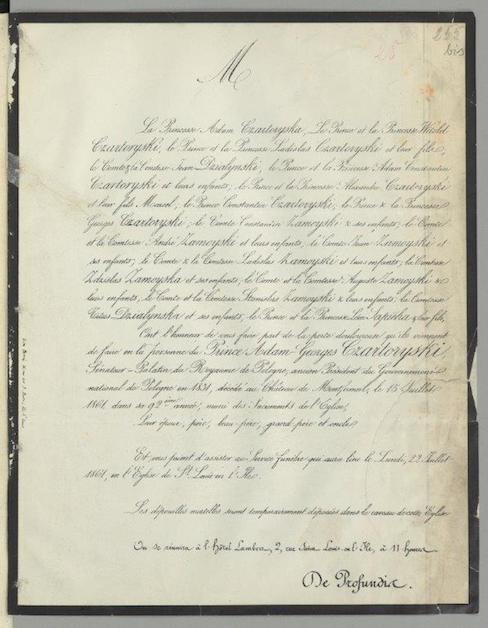 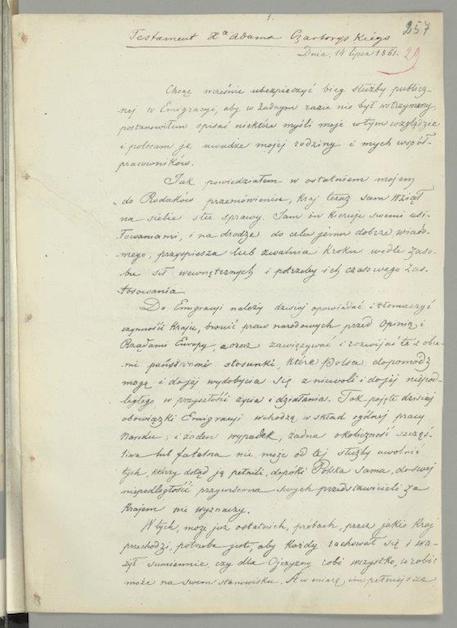 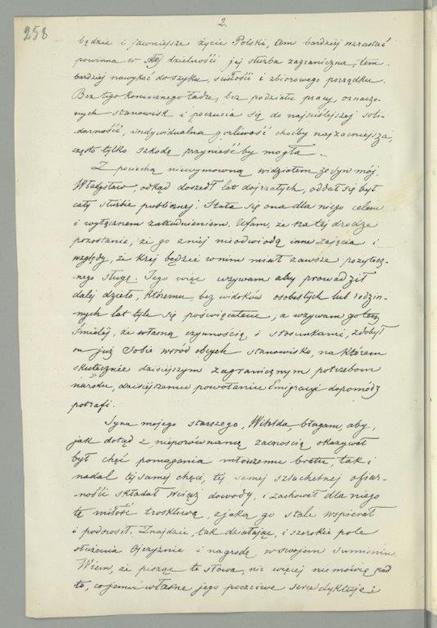 Independence of nations and federalism as foundations of the international order

The Political Testament was created within the last two days of life of the Prince Adam Jerzy Czartoryski, the greatest leader of the Polish state of the post-partition day. The Prince was one of the most eminent figures of the then diplomatic world. Trusting the tsar Alexander I, he acted as a foreign minister for Russia between 1804 and 1806. Thanks to his efforts, the Kingdom of Poland was put back into existence along with its parliament, army, administration and a constitution written by Czartoryski himself. He was also known for his piece Essai sur la diplomatie, in which he called for the return to ethics in international politics as he believed that stability in Europe can be achieved only with an international system that is morally correct.

The testament is one of the most important testimonies to the Great Emigration, especially Hôtel Lambert, the monarchist conservative-liberal faction that was focused around the prince. Czartoryski was forced to leave the country with a death penalty given by the Tsar Nicholas I for heading the Polish National Government during November Uprising. The testament sums up Czartoryski’s efforts for the Polish cause after emigrating and calls the younger of his sons Władysław to continue them. The Prince believed that only perseverant efforts and reminding Europe about the Polish cause can bring desired results. It stemmed from his conviction that it is the international system that decides the nation’s fate rather than the nation itself.

The testament also contributes greatly to the European thought. The prince dreamed of Europe as a voluntary federation of national states, quite a daring concept at that time. In his opinion, each nation has a natural right to independence. He argued that Poland should reconstitute itself as a constitutional monarchy within the pre-partition borders.

One of Czartoryski’s points was that “the power is born out of unity” and “the solitary one is haunted by adversity.”