Ignacy Jan Paderewski’s Memorandum of 17th January 1917 to the President of the United States of America, Woodrow Wilson, in respect of Poland and her Independence 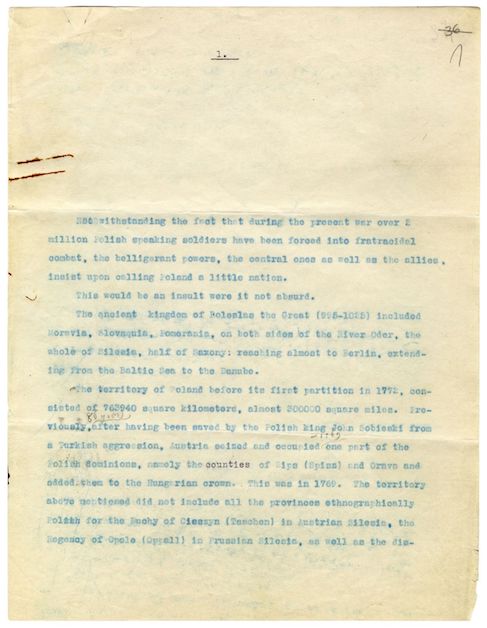 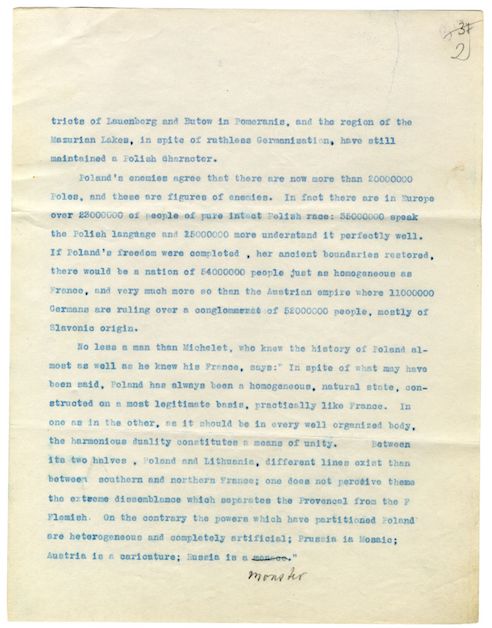 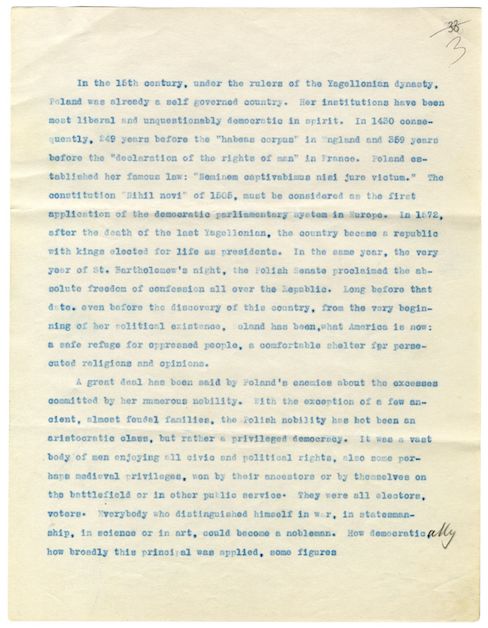 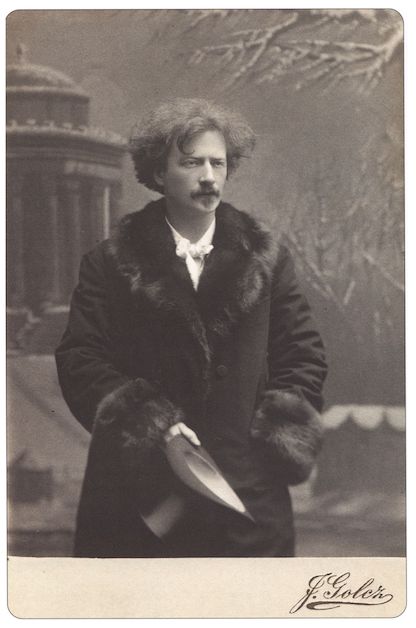 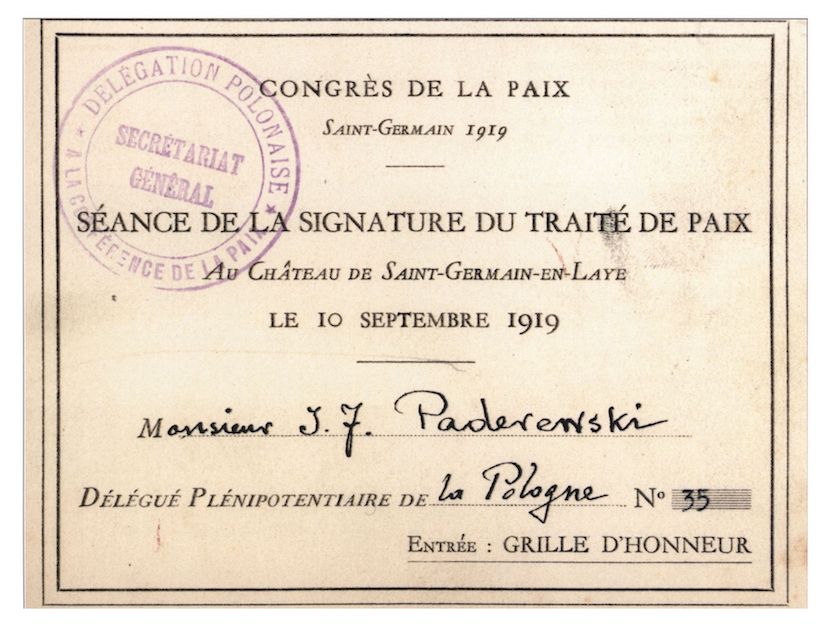 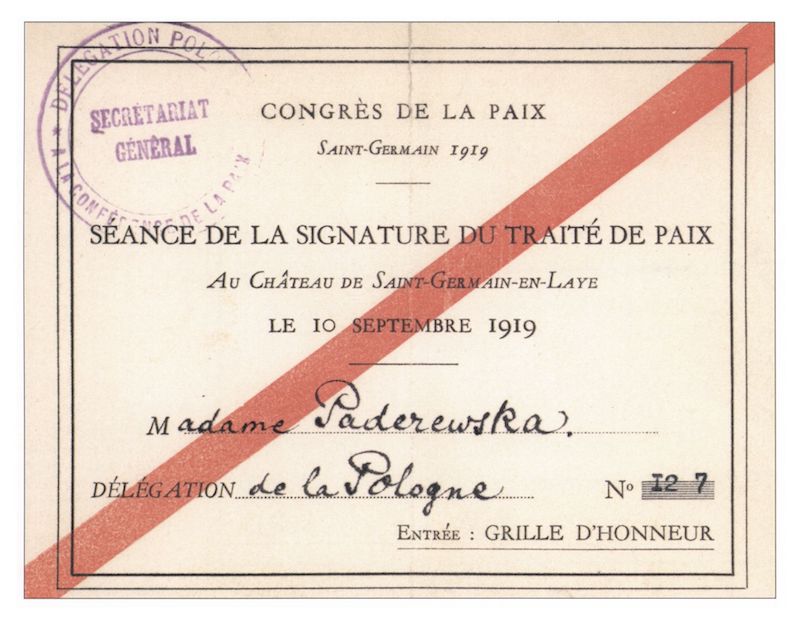 It was not only military action which played a major role in Poland’s endeavours to regain independence, but also diplomatic efforts. Ignacy Jan Paderewski’s memorandum to Woodrow Wilson, the President of the United States of America, which was drawn up at the request of Colonel Edward Mandell House, is a document of extraordinary significance in that regard. The memorandum substantiated the necessity of restoring an independent Poland and of granting her Eastern Prussia and Gdańsk and scholars believe it to have influenced American policy on the issue of Polish independence. In his Message to the Senate of 22nd January 1917, President Wilson stated that “statesmen everywhere are agreed that there should be a united, independent, and autonomous Poland”. The involvement of the president of the United States can best be seen in his programme for peace, set out in a speech given to Congress on 8th January 1918, when he presented his famous Fourteen Points, an initiative intended to settle the political situation in Europe following the First World War. The thirteenth point of the programme proclaimed that:
An independent Polish state should be erected which should include the territories inhabited by indisputably Polish populations, which should be assured a free and secure access to the sea, and whose political and economic independence and territorial integrity should be guaranteed by international covenant.