Files of the Polish National Department 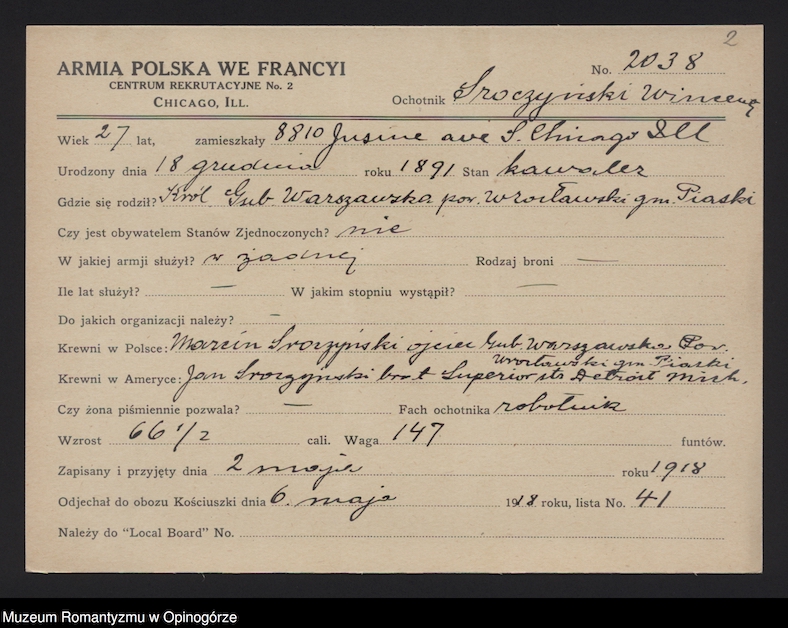 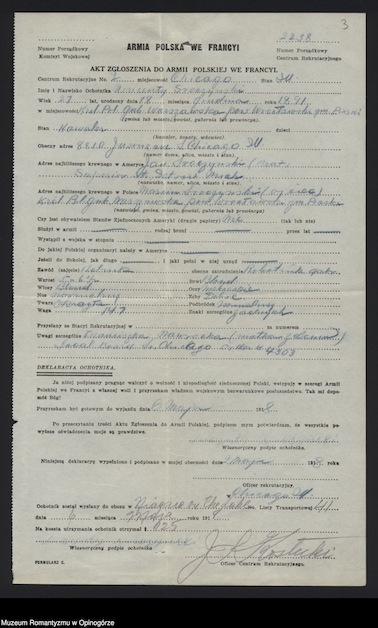 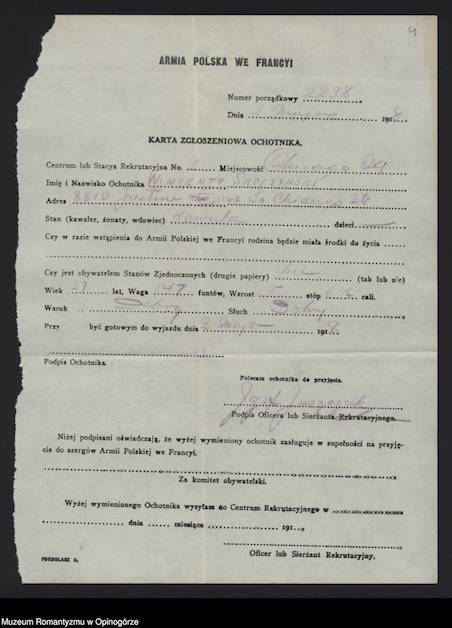 Polonia in the fight for independence

One of the most important forms of Polonia’s involvement in domestic affairs was recruiting volunteers to the Polish Army, which was being created in France (the so-called Blue Army, named after the colour of the French uniforms), in the United States and Canada, by courtesy of the US government. From October 1917 to February 1919 over 38,000 volunteers registered at recruitment centres. Most of them, after receiving training in military camps, were directed to Europe, where they took part in the fights alongside the army of the Triple Entente (the first groups of Polish volunteers went to Europe in December 1917).

The files of the Polish National Department were dispersed. The basic collection is kept in the Polish Museum in America, based in Chicago. Some of the files produced by the recruitment centres are kept in Poland in the archives of the Museum of Romanticism in Opinogóra, others in the New York archive of the Polish Army Veterans’ Association in America. The Department’s files include, among others: correspondence of the Military Commission, recruitment books, Blue Army volunteer forms and certificates confirming Polish nationality. The documents present a picture of the community of Polish emigrants in the United States, from workers and craftsmen to actors and doctors – patriots, willing to fight for their country’s independence.

The files also include: minutes of meetings of the Polish National Department, during which Polish matters were discussed, correspondence (among others with President Woodrow Wilson and Roman Dmowski), appeals and memorandums concerning Poland’s independence, reports on raising funds and collecting clothing to help Poland, i.e. documents proving the great commitment of the American Polonia to the cause of independence and the reconstruction of Poland.