Files of the Adjutancy General of the Commander in Chief 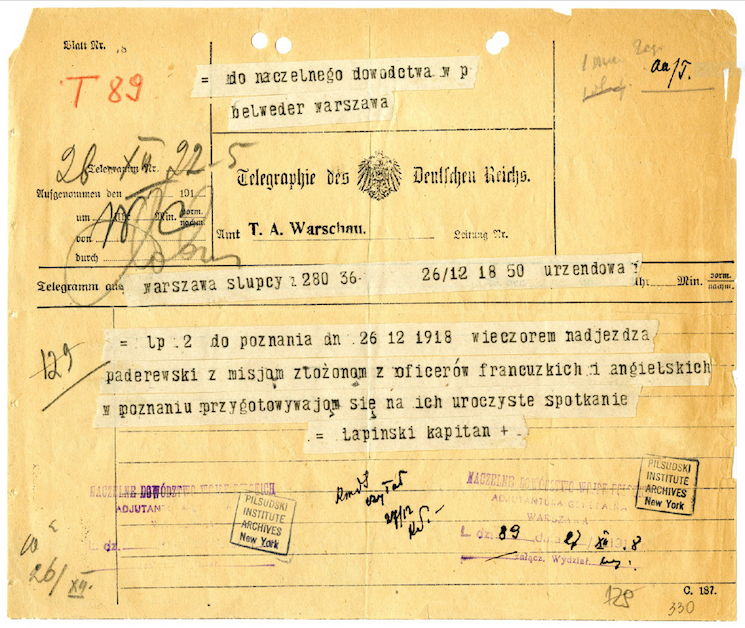 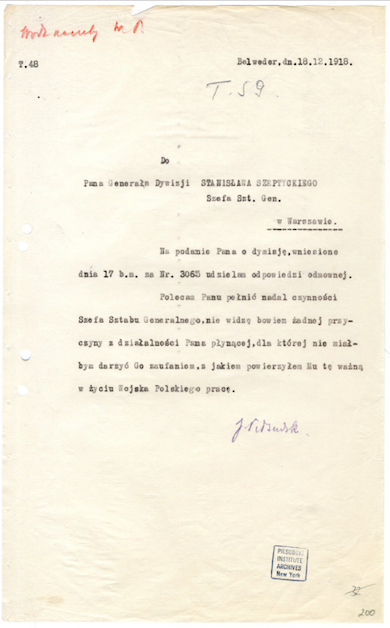 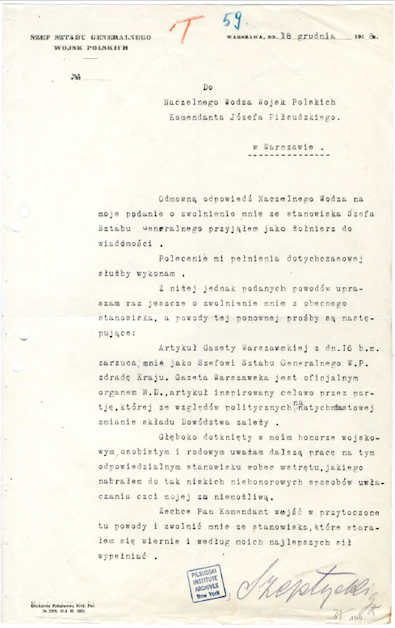 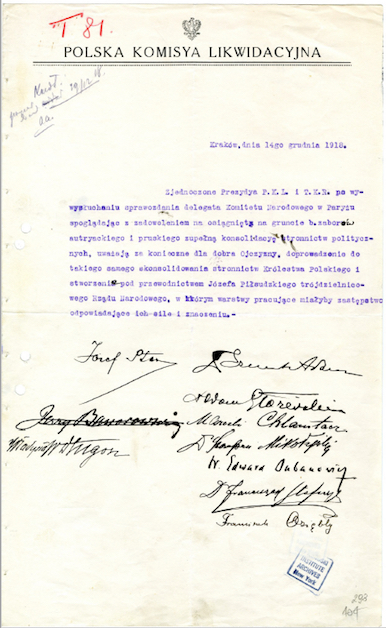 The fight for the shape of reborn Poland

The files of the Adjutancy General are unique materials of the Chancellery Office of the Chief of State and Commander in Chief (this function was held by Józef Piłsudski), dated from November 1918 to December 1922. Those were the years of the most intense fights (Polish-Soviet war) and diplomatic operations related to the new shape of Poland. The traces of those events can be found in the documents. They are basic materials for historical research in the field of the military, diplomacy, international relations, organisation of the Polish state and social problems of the interwar period. Their importance is demonstrated by the fact that they were prepared or signed by the key persons in the history of the revived Polish state, including Józef Piłsudski, Ignacy Jan Paderewski, Wincenty Witos and Józef Haller.

The files form part of the so-called Belwederskie Archive, originating from the Institute for the Study of Modern History of Poland in Warsaw, established in 1923 (in 1936 its name was changed to the Józef Piłsudski Institute). Kept in Warsaw until the outbreak of the Second World War, they were relocated and began to wander around the world: from Romania, through France and Portugal, and finally, in 1943, to the Institute of Józef Piłsudski, established in New York, which continued the activities of the Warsaw Institute.

The Adjutancy General files are organised chronologically and according to their content. They have been divided into several thematic groups, including: “Military Affairs”, “Czechoslovakia”, “Ukraine-Russia-Lithuania”, “Political Matters”. They contain orders, reports, memorandums, appeals to the people, encoded messages, brochures, radio reports, correspondence, messages. The documents enable a reconstruction of the history of the newly created Polish state after the period of the partitions and the First World War. It is a picture of a struggle to give shape to the reborn country, regaining its territories from the hands of the invaders and fighting for international recognition of its sovereignty.

The Adjutancy General of the Commander in Chief archive is such a large collection (17,000 documents containing 40,000 pages) that one can still discover little-known, forgotten and unpublished materials, e.g. showing the preparations for signing the Treaty of Versailles during the Paris Peace Conference, disputes between the envoys of Piłsudski and the members of the Polish National Committee, confidential diplomatic talks, shaping Poland’s relations with other countries.