Documents of the Wielkopolska Uprising 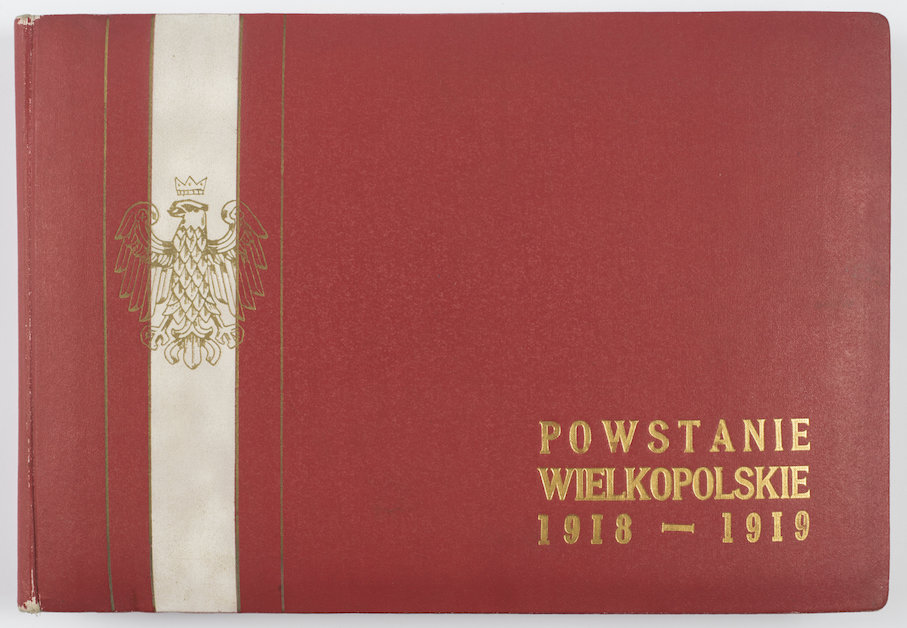 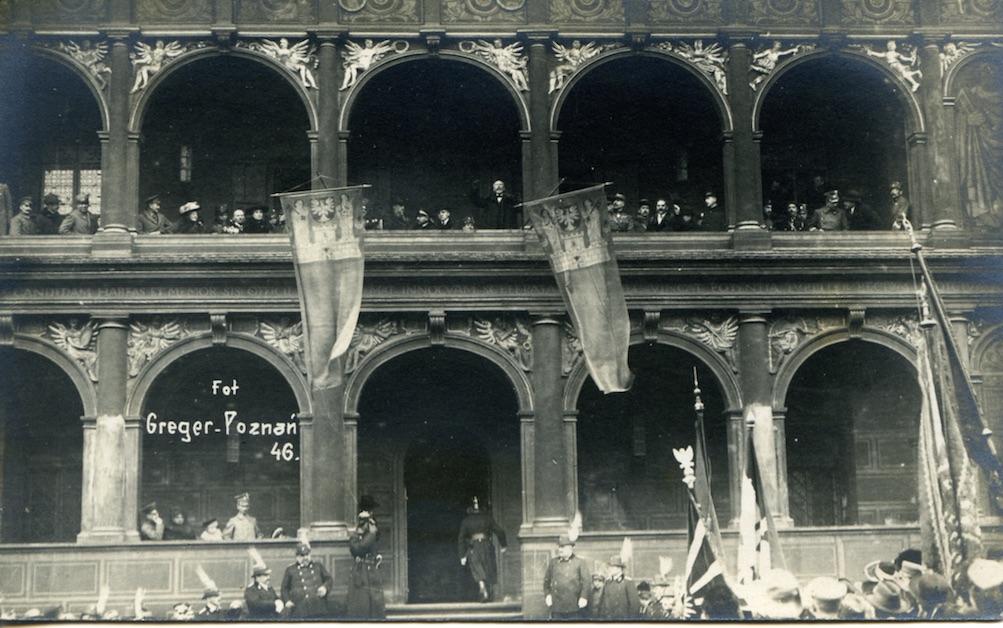 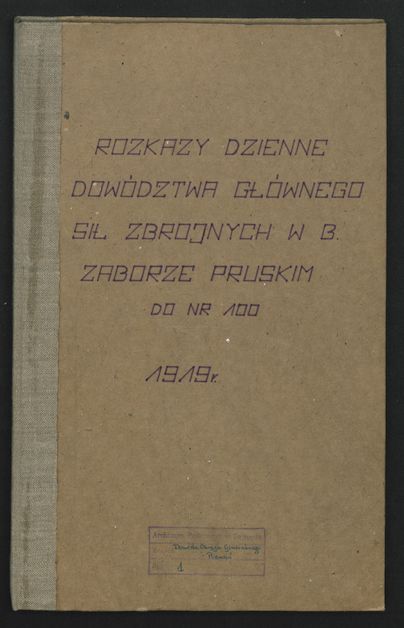 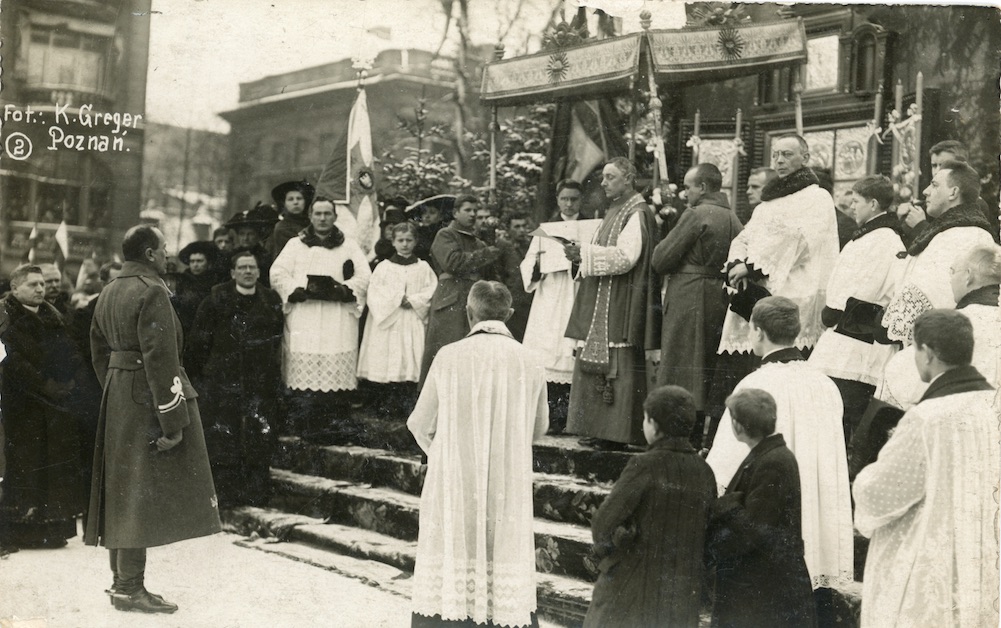 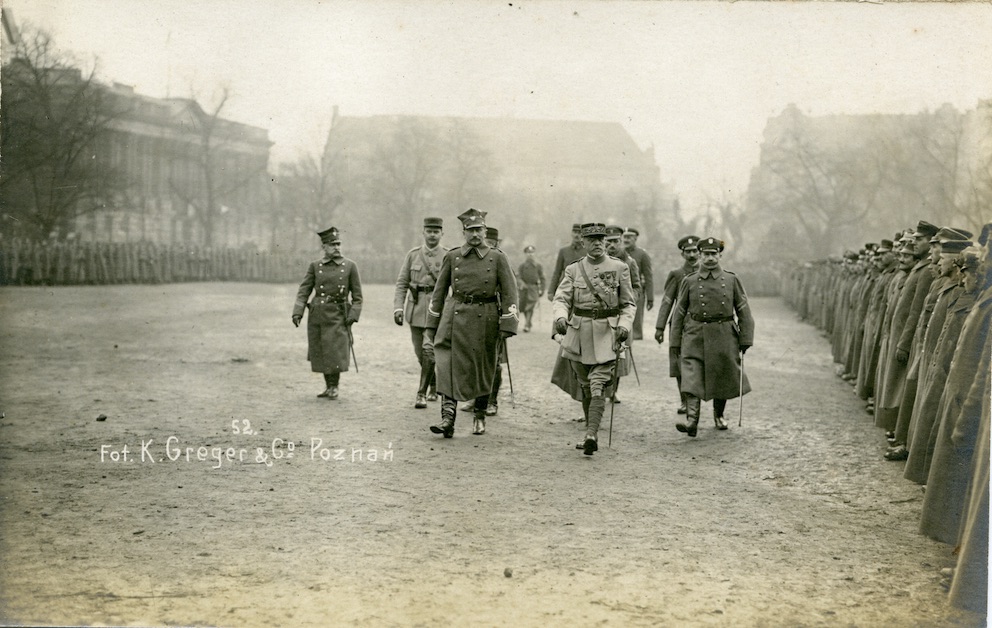 Storing institution National Archive in Poznań, Museum of the History of the City of Poznań, a branch of the National Museum in Poznań

A chronicle of the victorious uprising

The Wielkopolska Uprising, lasting from December 1918 to February 1919, was a struggle of Polish inhabitants of the Poznań Province against the German Reich. They demanded the return of the lands of the Prussian partition to the reborn Polish Commonwealth. The uprising, as one of the few in the history of Poland, ended in victory and had a decisive impact on the content of the peace treaty concluded on 28th June 1919 in Versailles, under which Wielkopolska (Greater Poland) and a part of Pomorze (Pomerania) were separated from the German Reich and granted to Poland.

The documents of the Wielkopolska Uprising are, above all, daily orders of the General Headquarters of the Polish Armed Forces, signed by major Stanisław Taczak, the first commander and commander in chief and his successor, General Józef Dowbor-Muśnicki. They constitute a part of the archive from 1919–1920, of which only a small fragment is preserved, and they contain information on the organisation of the Polish armed forces on the territory of the former Prussian partition, where the German administration still existed and thrived. Most of these documents, stored during the Second World War in the Reich Registry of the Warta Land in Poznań (Reichsarchiv Wartheland Posen), burned in a fire at the end of January 1945.

The orders (171 pages in a bound, glued folder) of the General Headquarters of the Armed Forces are a unique testimony to the military organisation of the society of Wielkopolska in the fight against the invader. The documents contain information on: division into recruitment centres, ways to organise a regular army (infantry, machine guns, heavy and field artillery, cavalry, telephone and gendarmerie units), promotions, rules for supplying the units with ammunition and equipment, organisation of the military (war) jurisdiction or penalties in the event of escape from the battlefield.

An important document of the Wielkopolska Uprising is the Wielkopolska Uprising 1918–1919 album by Kazimierz Greger, containing 183 photos, which show events related to the regaining of independence and the birth of the II Polish Commonwealth. Greger was the only photographer capturing these historic moments, and the album has a unique historical value. The photos immortalise persons who played an important part in the Wielkopolska Uprising (General Józef Dowbor-Muśnicki, Colonel Daniel Konarzewski, General Filip Dubiski, Colonel Juliusz Stachniewicz, Colonel Julian Lange, Reverend Stanisław Adamski, Reverend Tadeusz Dykier, Wojciech Korfanty) and the events which took place in Poznań in the first weeks of 1919, at a time when the fate of the Polish statehood was being settled.

The photo album of Kazimierz Greger was donated to the Museum of the History of the City of Poznań (a branch of the National Museum in Poznań) in 1987 by Ignacy Moś, creator and long-time custodian of the Literary Museum of Henryk Sienkiewicz in Poznań.