Commemorative act of the taking over of Upper Silesia by the Government of the Republic of Poland, signed on 16th July 1922 in Katowice 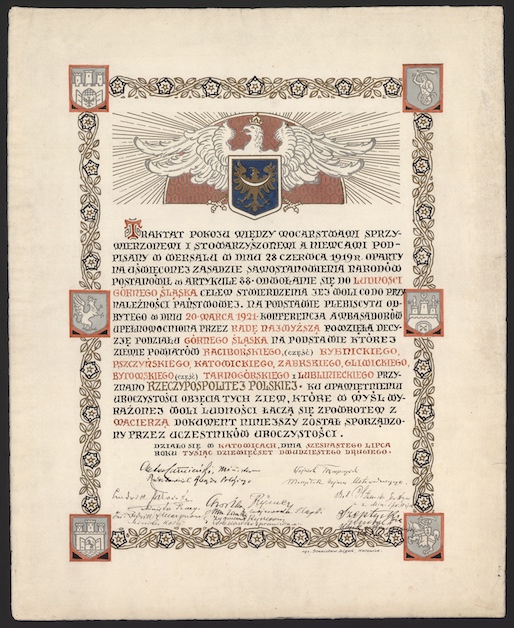 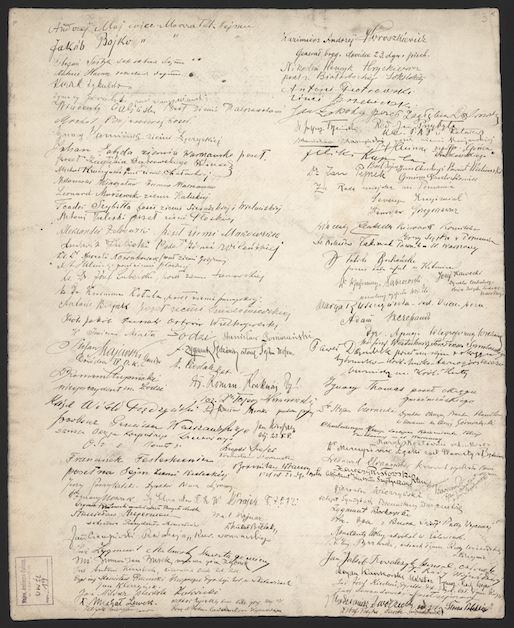 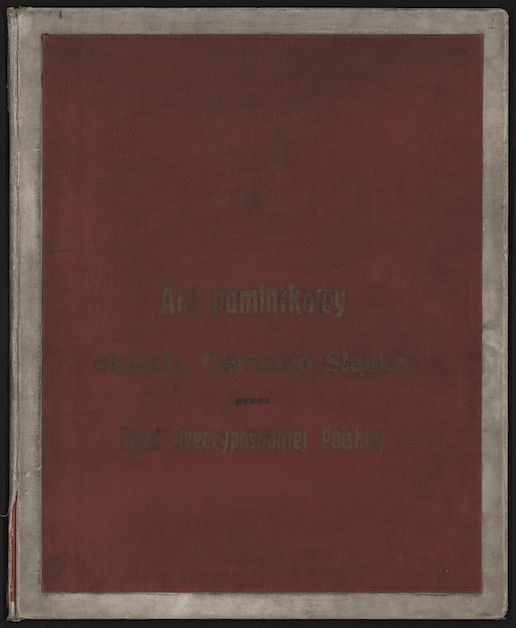 A memorandum of incorporation of Upper Silesia into Poland

The act of taking over Upper Silesia by the Government of the Republic of Poland refers to the Treaty of Versailles signed by the victorious powers and Germany, the plebiscite announced therein and the decision made during the Conference of Ambassadors to divide Upper Silesia. By virtue of this decision, on 20th October 1921 Upper Silesia was divided and Germany and Poland were obliged to sign a convention on the economic system and the protection of ethnic minorities on the divided area. In June 1922, the Polish army entered Katowice, and then Królewska Huta, Lubliniec, Tarnowskie Góry, Pszczyna and Rybnik. The ceremony of taking over the area, which was the subject of the plebiscite, took place on 16th July 1922 when an act of taking over a part of Upper Silesia by Poland was signed in Katowice in Kościuszko Park.

The act is one of the most valuable documents of the State Archive in Katowice. It consists of two loose sheets of handmade paper and was designed and made by the renowned painter from Upper Silesia, Stanisław Ligoń. It commemorates the symbolic incorporation of territories, which remained outside Poland’s boundaries for several hundred years. The act was signed during the ceremony which ended the process of taking over part of the lands of Upper Silesia in the presence of over 150 representatives of the highest state and regional authorities, as well as official delegations from all over the country. This event closed the period of diplomatic and military struggle over the contentious region between reborn Poland and Germany, defeated in the First World War. This example clearly demonstrates that although Poland’s regaining independence is commonly associated with the date of 11th November 1918, the formation of the Polish state was not completed on one day, and the process was much more complicated and stretched out in time.