On the Repair of the Commonwealth, Andrzej Frycz Modrzewski, 1551 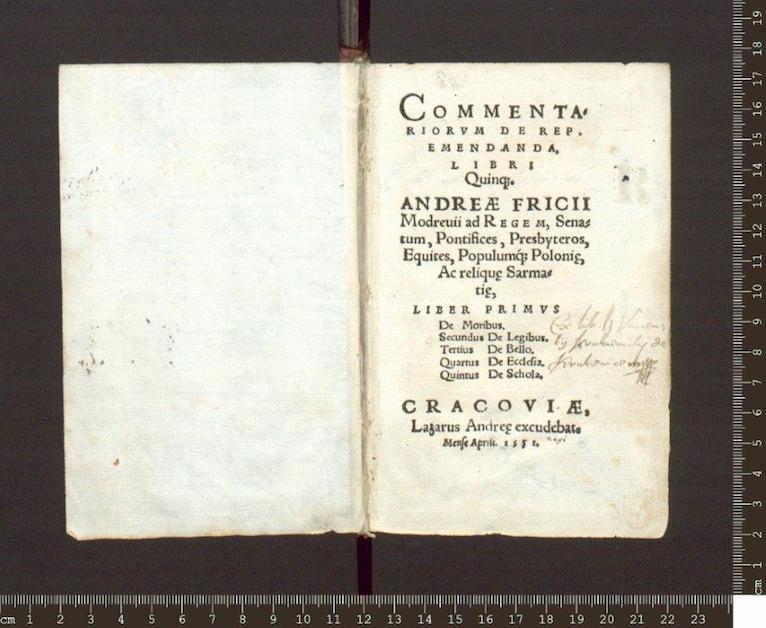 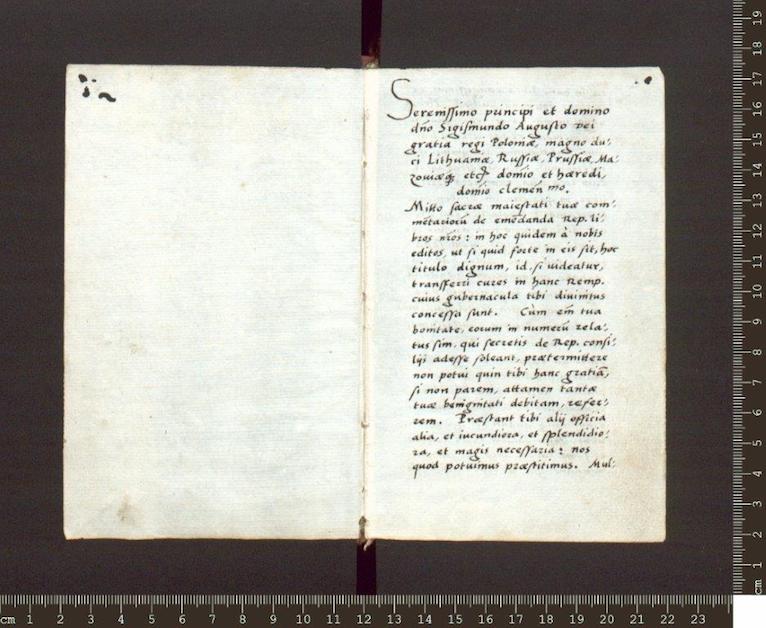 An opus magnum of Andrzej Frycz Modrzejewski, a political writer, thinker and moralist, provides an in-depth analysis of the political system of Poland and a concept of a thorough reform of the political life, legislation, education and relationship with the Church. The vision presented by Andrzej Frycz Modrzejewski was an attempt at showing the right view to those holding power. Frycz called, among others, for strong royal power being subject to law, everybody’s being equal before the law and just courts of law.

Another important point in his musings was social morality, demonstrated in individuals’ views and impinging on the legal order, and state’s prosperity. The humanist was critical of his contemporaries’ morality and condemned social discrepancies.

In his writing, the author drew upon traditions of ancient philosophers, including Aristotle and Plato, and the thought of St. Augustine and St. Thomas Aquinas, as well as the teachings of the Bible. He alluded to the legacy of his Renaissance contemporaries, including Desiderius Erasmus.

The daring ideas of Frycz were ahead of their time. Inspiring generations to come, his call for the defence of freedom and dignity of the individual and for tolerance and ecumenism had a great impact on future.

The piece consists of five books: On Customs, On Laws,On War,On Churchand On School. Due to the censorship by the Kraków Academy, the two last books were left unprinted. The complete work was later published in Switzerland and was translated into German, French, Spanish and Russian. A censored version of the piece was translated into Polish in 1577. The full Polish text appeared as late as 1953. Due to the polemic nature of Frycz’s pieces, they were put on a black list and the author was attacked as a heretic, although he unequivocally supported the unity of Christianity.

Dated 1551, the copy kept at the Jagiellonian Library includes a personal dedication by Andrzej Frycz Modrzejewski for the king Sigismund Augustus.